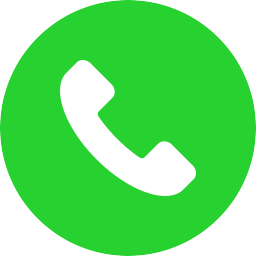 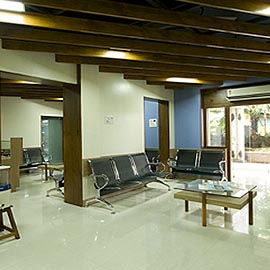 Dr.Bedekar Hospital is one of the oldest hospital in Thane. It was started about 60 years back in 1950, just three years after the Independence of India in 1947.

Thane was a small city then, and Naupada where hospital is situated was a Grampanchayat. The hospital had an advantage of being very close to Thane Station. Next to Hospital was an open ground, Gavdevi Maidan, and there were very few old bungalows with Mangalore tiles in the vicinity. Few blocks away from the hospital was the ancient masunda lake of Thane. Very soon it became a land mark in Thane city, and now it is a postal address to near and distant houses.

Vasudeo Narayan Bedekar, the founder of the hospital was looking for a suitable place to start his practise. After completing his primary education at a small village, Goval near Rajapur, Dist.Ratnagiri, he joined his elders in Rajapur to continue his secondary schooling. He was very brilliant student all throughout his school carer.After his matriculation his mother insisted that he should go to Pune for higher education. He passed from S.P. College, Pune and was to get admitted to J.J. Hospital for his medical education. It was not possible for him to support financially in Mumbai. So he decided to go back to B.J.Medical College, Pune for his medical education.

His sister promised him to support. He ranked first in many subjects and thus was getting scholarships, which helped him complete his medical education. This had a long lasting impact on him and he decided to work for the promotion of education, which he did till his last breath.

He graduated in medicine in 1942. Being war time he had to join British Army to continue his post-graduation. Being hard nationalist, he refused to join Army. He had no choice but to enter the private practise. As he had no capital to start his own practise, he started working as assistant to a senior practitioner, Dr. Joshi at Umbergav. He soon decided to start his own general practise.

He was to start his practise at Vile Parle. Some residents of Umbergav had settled at Thane and had personal experience of his commitment to the patient. They wanted him to come to Thane. A senior doctor Dr.Wadekar on Gokhale road wanted to retire due to old age and was looking for a young doctor to take over his practise. Ultimately he decided to settle in Thane, which later changed the medical and educational landscape of Thane.

Being hard working and highly committed to his profession, he became very popular in the masses. He use to start his practise early in the morning, which use to continue till mid night. Thane was growing in every respect. People were dependent on Mumbai for advance treatment. He decided to start his hospital and invited specialist from all branches of medicine. It was a turning point in his life and Thane health services.

While practising he completed his post graduation in Obstetrics and Gynaecology. His kindness and ethical practise very soon made Bedekar Hospital and dispensary a leading family practise centre in Thane. This reputation it enjoys even today.

Mission Statement : To Provide World class care to all patients at affordable costs.

Dr. Vijay Bedekar joined him in the year 1975 after obtaining his post graduation in Obstetrics and Gynaecology. Dr. Vijay Bedekar not only modernise the hospital but also continued commitment of his father to educational and social causes with equal or more enthusiasm. He handed over this responsibility to his elder son Dr.Mahesh in the year 2005.

Dr.Mahesh Bedekar after completing his post graduation in Obstetrics and Gynaecology, also completed his post doctoral specialisation in Laproscopic Surgery and Foetal Medicine. Dr. Anand Bedekar his second son completed his post graduation in Paediatrics and also obtained his super speciality in Neonatelogy. He joined Dr.Mahesh in the year 2009. He added Neonatal Intensive Care Unite (NICU) to the hospital.

Today's Bedekar hospital has this legacy of commitment and devotion. It provides quality pre birth, birth, and post birth services to mother and child. No wonder then, it is the third generations of patients and doctors continuing this success story.

Recently Hospital has been completely renewed and is well equipped with a modern theatre with state of art medical facilities. Seeds sown by Dr.V.N.Bedekar have grown into a big tree now. It is a success story of three generations, which will be continue for generations to come.

Get More Details
About Us
Information & Services

Obstetrics &
Gynaecology
is the surgical speciality dealing with the care of a women and her off spring during pregnancy, childbirth and the puerperium .. read more
IVF Clinic
Our center is equipped with the state of the art equipment for the procedures of IVF - ICSI which have resolutionized the treatment of infertility everywhere..read more
NICU Department
Neonatal crae provides specialized and intensive care measures to improve the health and survival chances of premature and critically ill new borns..read more